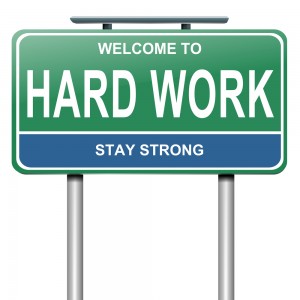 If you use VMware Workstation, you know that the guest can take forever to shutdown. The solution at http://flakrat.blogspot.com/2011/12/vm-guests-take-forever-to-shutdown-in.html works perfectly. The solution is to edit your VMX file and ADD the following lines:

You may be asking, what do these settings do? Here ya go:

Now feedback is an interesting concept in that it applies to many fields of study. According to Webster’s (Anonymous, 2000), feedback is defined as “the return to the input of a part of the output of a machine, system, or process.” Webster’s goes on to use the following example: “… for producing changes…that improve performance or… that provide self-corrective action.”). While this definition applies to fields as diverse as electrical engineering and biology, it also applies to social science fields and to performance appraisals in particular.

For example, in an article by Adrian Furnham (Furnham, 2001), Mr. Furnham describes the use of dials, meters, and auditory signals as a way to provide feedback from an aircraft to an aircraft flight deck. He relates this to performance appraisal by saying that even though some human resource managers claim that what is most important in job performance cannot be measured, this is a profoundly incorrect position. He supports this argument by defining the 360-degree feedback process of evaluation and by illustrating its comprehensive nature, which is much like the aircraft example.

Furthermore, in a study of government workers, Roberts and Reed (Roberts, 1996) found that feedback through the use of performance counseling sessions was effective but only when conducted by raters that used appraisal styles that emphasized participation and goal setting.

This need for a participatory style was echoed by a survey conducted by The Nierenberg Group (Cales, 2000) that found that less than half of the employees surveyed felt that their employers knew how to motivate them even though they knew the performance standards well.

Given the need for performance measurement, exactly how should the assessment process work? In an article by HRFocus (Anonymous, 2001), the steps in an effective feedback system were identified as:

We can add that the evaluator must include the participant in the development process whereby they feel they have input and control over their development efforts.

The conclusion is that without feedback, the outputs of the process will not be controlled. It would be much like flying the aircraft without instruments. However, it is also noted that feedback alone is not adequate; the appraiser must facilitate a participative style so that the person evaluated feels part of the process and thereby properly motivated.

According to various pundits, there are several steps involved with the design of training programs. However, one of the foremost is the needs assessment.

Needs assessment includes scanning and recognizing areas of human performance that do not meet identified performance objectives, which are determined by company strategic plans and mission. Typically, this is caused by organizational environmental changes such as global economics, changes in technology, employee attrition, recruitment, and regulatory changes.

The process by which needs assessment occurs is described in three phases. First, the ‘pressure point’ is observed by needs scanning. This pressure point is the discontinuity between what is desired in performance and what is being observed, and can be identified by observing changes in output quality, quantity, or other quantifiable and pertinent variables.

The second phase is the determination of the context (who needs training) and in what area(s). Typically, context involves an organizational analysis in order to determine the problem and the resources available to provide a correction. For example, if the quality of a specific output is low, then an organizational analysis will determine if it is significant given the company’s strategy, and whether available resources should be committed for a training intervention.

In determining the person in need of training, it must be concluded whether it is knowledge, skill, or attitude that is the root cause of the pressure point or problem. Using a quality example, once a specific employee has been identified as the cause of the problem, the cause could be:

Employee readiness is another key aspect of the needs assessment phase. If employees are not receptive to learning or do not have the ability to learn the necessary skills, knowledge, or attitudes, then training will likely not be very effective. Some key characteristics of employee learning readiness include:

Finally, this second assessment phase includes a task analysis in order to determine the key subject of the training effort.  For example, is the low quality a result of poor training in how to use quality assessment tools, or is it how to properly operate machinery?

The final phase of assessment is the outcome. Typical assessment outcomes include:

Other authors are a little more specific in describing strategic HRD functions as needs assessment, planning and analysis, and evaluation, or that considering the right factors at the right time is paramount to being a good strategist.

So, then, what does it mean to be an HRD strategist?

For most folks it means thinking of the bigger picture. All too often we are caught up in the process of everyday minutia and forget the big picture. Or as was conveyed in a Stephen Covey illustration, we need not to be so concerned with how sharp the machetes are and how well we are blazing the trail, as much as how sure we are in the right jungle in the first place (Covey, 1989).

In addition to having the big picture vision, we need to be sure that the tactical, everyday activities of the company match the vision. For example, an organization that develops strategy through corporate staff meetings and then does not make any effort to change the corporate culture in order to insure the rank-and-file are in synch with the new strategy, is only kidding itself about its success. In order for the strategic vision to be implemented, everyone in the organization must be aware of and have some buy-in in the new vision.

Another facet of being a strategist is to always consider the competition in our everyday activities. For example, when thinking about adding or expanding the HRIS system, one question should be with respect to what the competition is doing. If the competition has the latest and greatest HRIS package and is fully using its abilities, then this immediately puts the company at a disadvantage.

In terms of training, the same is true. If the competition is implementing successful new training programs and we are not, this can create a strategic disadvantage for our company. This is where Noonan’s (1994) ideas of assessment, planning, analysis, and evaluation come into play.

By assessing the current training environment against the corporate strategy we determine if there are any gaps that need to be filled. Perhaps, as we mentioned earlier, new corporate strategies have been developed. This would be opportune time to assess the need for new training based on the new strategic plan.

Planning/analysis further implements the corporate strategy by having in place a ready response to any rifts between strategy and actual performance.  Basically, we are deciding what to do about the various problems and issue discovered during assessment.

And finally, HRD strategists will evaluate the success of the implemented training to ensure it achieved its goal.

So, to summarize, we can say that as an HRD training manager we can improve our strategic ability by:

Noonan, J. V. (1994). Elevators: How to move training up from the basement. Wheaton, Il: Twain Publishers.

An ongoing problem students have is not substantiating their assertions. Unsubstantiated assertions have little/no value in the academic setting. In discussions or papers, you should always explain the rationale for your statements. If appropriate, explain the rationale and provide references that will support your statements. Here are some examples:

Unsubstantiated Assertion: A synthesis of behavioral and cognitive learning theories, social learning (cognitive) theory blended the idea that learning comes from observing and imitating models, while recognizing the learner’s ability to process information through symbolism.

Substantiated Assertion: A synthesis of behavioral and cognitive learning theories (Black & Mendenhall, 1990; Lefrancois, 1999; Sims & Lorenzi, 1992), social learning (cognitive) theory (SCT) blended the idea that learning comes from observing and imitating models, while recognizing the learner’s ability to process information through symbolism. Or, as Sims and Lorenzi (1992) wrote, “Social cognitive theory seems to offer a path leading away from the zero-sum controversy represented by the notions of behaviorism versus cognitivism; it seems to capture the best elements of both frameworks” (p. 23).

The former is really nothing more than opinion. The latter builds on the work of other researchers as a foundation for the argument.

If you need more information on this topic, please see my instructional video below:

I see student PowerPoint presentations on a regular basis. Sometimes, they simply overwhelm the message in complexity, poor color choices, font size, and other construction problems. For an example of what not to do, click here to see the World’s Worst PowerPoint Presentation Ever.

For additional instruction, see my video below for examples of PowerPoint: What Not to Do…

Some students have difficulty knowing how to meet online participation requirements. While specifically designed for my students, the following video should be helpful for all: